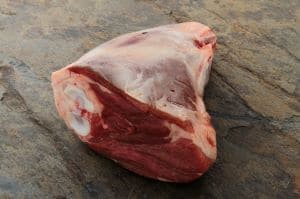 The Raw Truth about planning a dinner party is that things can, and probably will, go wrong.

Raw!  The truth of the matter is it was raw in the middle!  There I was in the kitchen with my partially cooked lamb and a crowd of 8 waiting for the main course.  How did this happen?  I practiced the menu – cooked it all not one week ago and it came together just fine!  I felt like a failure and now one in a panic.  What had gone wrong?

When it comes to our Gourmet Club Gatherings, I can research, plan and carefully prepare, but I know I should always be ready for surprises.  For the hostess, the arrival of the guests invokes both nerve-wracking thoughts and delicious spontaneity.  From this point forward, you never quite know how things are going to unfold, so lighten up and enjoy.

This spontaneity is increased with our Gourmet Club because everyone pitches in to create our multi-course menu.  So within 10 minutes of the arrival time, I had five cooks in my kitchen.  It was pretty chaotic, but a total blast!

My fellow cooks were new to my cooking space so I had to supervise some, but I was very distracted engaging in conversation and catching up with my friends.  Things seemed fairly under control until I began the final cooking of the entrée.

How to uncover the raw truth when planning your next dinner party.

When I am planning a dinner party I also include time to reflect. Sort of a post mortem if you will.

In the whirlwind of the night, I do not have time to sort things out.  I always take time the next morning over coffee, my human juice, to replay the events and give myself a grade.  Lessons learned and all that.

Upon reviewing the dinner, I found three contributing factors which lead to this recent raw truth in planning a dinner party and my raw situation.

The friends who brought the appetizer and first course both borrowed the upper oven for reheating.  While I had provided instruction on the oven for the appetizer, somewhere in the attempt of resetting the temperature for the first course, the guests had turned the bottom oven off.  This was supposed to be “my” oven for the lamb and it was cooling down unbeknownst to moi.

In the din of so many people in the kitchen, I lost control of the tools which I needed to use for the main course.  Despite having all of my food prepped and 2/3 complete by the time guests arrived, by letting them take over my kitchen fairly unsupervised, my course was destined to be late.

Feeling a bit nervous, I actually practiced cooking the entrée the week before to help determine my timing and find some shortcuts.  Honestly, I felt pretty good about how the meal came together, but after the practice, it seemed prudent to increase the amount of lamb. Erring on the side of too much food is much better than not having enough.

The raw truth when planning this particular dinner party menu was I did not carefully determine additional cooking time for the change to ingredient amounts.  For the practice meal, I cooked one 3.8 pound leg of lamb.  However, on the night of the gathering, I cooked two 3.5 pound legs together.

Sure, it wasn’t double the size of the leg, but it was double the amount of meat in the oven.  I allotted an extra 20 minutes for the time from the practice, but I should have allowed an extra 35 – 40 minutes.

When I conducted the practice run I used a new digital meat thermometer. A food blogger highly recommended it and endorsed the product as “easy to use”.  Buyer beware!  The thermometer was a little fussy, but I thought I had it figured out with the practice event.

The recipe called for searing and turning the meat at a high temperature for 20 minutes and then lowering the heat to roast the meat to desired doneness.

After the lamb had completed searing, I lowered the heat in the oven, but I forgot to put the thermometer in the leg.

About 10 minutes (I thought) later I remembered and opened the oven door to insert it.  Well, I fumbled.  I dropped the probe and it got caught in the rack.  So now I am jumping around trying to find an oven mitt to retrieve the probe. And with the oven wide open.  My friends thought I had gone crazy in front of my oven!

Finally, I inserted the probe and closed the oven door so it could reheat – again.  Apparently, my fumbling and haste allowed me to insert the probe at an incorrect angle.  So, when I checked the lamb 20 minutes after my dance, it said the lamb was 130 degrees which is about medium-rare.

Scratching my head for a moment, I thought, “well last week it took about 50 minutes and we were up to about an hour; so I guess it is done”.  I was so relieved it did not seem ruined after my fumbles I just did not stop and think.

Another raw truth in planning a dinner party is to take a breath!

In the heat of the moment, I was way too worried about getting food on the table for my guests.  It was too early when I pulled the sizzling meat out to rest and turned off the oven. My brain must have been on automatic.  Cray-Cray!!

When I rechecked the meat in several places with the thermometer, I swear it read 125 – 130 everywhere I placed the probe.  The new tool reinforced the belief that the lamb was done.  The meat was set to rest while I finished preparing the side dishes.

When my husband began to carve the lamb, the first few slices looked great!  Then, he hit the middle where it was raw – not rare, RAW!

The meat was thrown into the reheating oven and I slunk back to my table of non-eating guests.  Apparently, the look on my face must have been panic and defeat because my dear friend Gary came to my aid. He patted my arm and said “Not to worry, everything is fine!  Just look!” and he swept his hand to the table as if presenting the scene.

All of my friends were conversing, smiling, and laughing while my husband was pouring more wine.  Everything WAS fine!

Here is The Raw Truth in Planning a Dinner Party

First, small changes can lead to big problems.  You can research, prep, reread recipes, practice, and do everything as planned, but surprises can change the schedule.

Second, when you have multiple cooks in the kitchen you need to become a bit of a supervisor.  Make sure you have as much completed as possible before your friends arrive. And provide close assistance to keep your eye on things.

Third, if you make changes to the recipe or amount of ingredients, do a little research and see if you need to adjust your cooking times.  This can save you some unnerving panic time.

Fourth, test, test, and test again any equipment you use in the kitchen prior to depending on it when you entertain.  I would rather have a tried and true old tool to assist me than a bright and shiny new-fangled trouble maker.

Finally, the Raw Truth in planning a dinner party is to lighten up! As Julia Child said, “Have what-the-hell attitude in the kitchen”.  Well, that and a second bottle of wine can save the meal.

And what the hell, you can always order pizza! Always have a fallback plan! 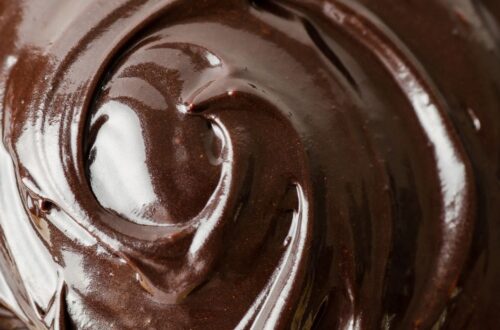 How To Make This Easy Homemade Chocolate Dipping Sauce Recipe 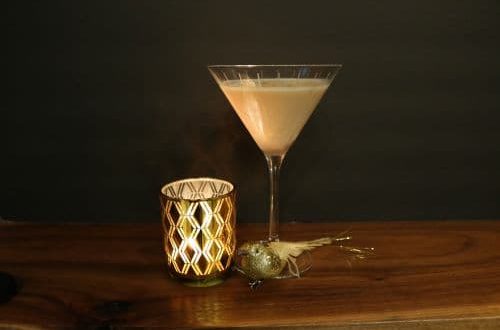 How to Make Gingerbread Martinis: Christmas Drinks with Baileys 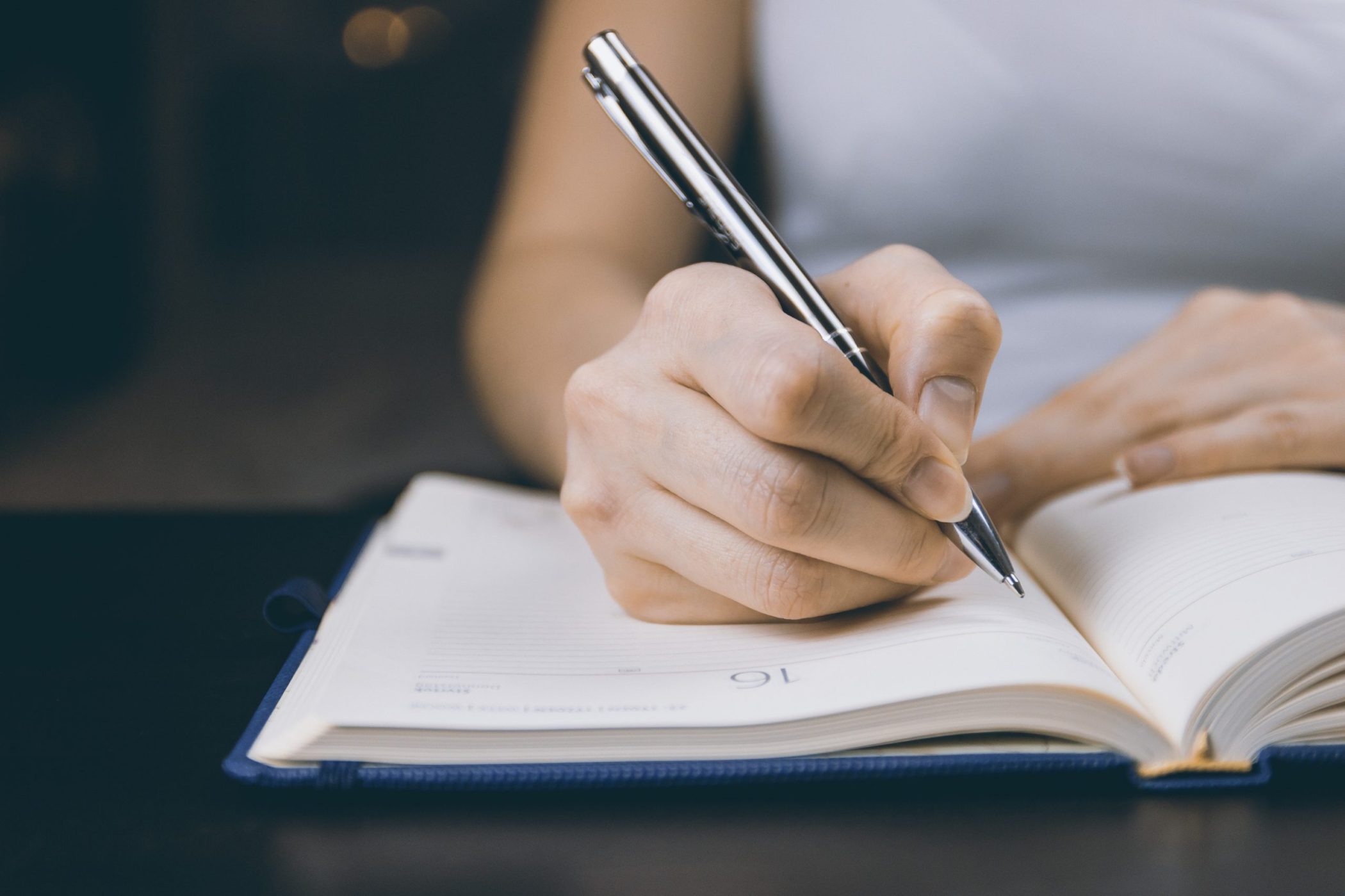